Heisman Trophy for the 2021 season goes to Bryce Young

(CNN)Bryce Young was awarded the Heisman Memorial Trophy for the 2021 college football season Saturday night in New York City’s Lincoln Center, in the 87th annual ceremony for the sport’s most prestigious honor.

The University of Alabama quarterback was the overwhelming favorite this year for the award, especially after last Saturday’s epic performance in the Southeastern Conference (SEC) Championship game victory over the University of Georgia, where he set a conference championship record with 461 total yards, including 421 in the air, also a record.

The win propelled the team to the nation’s top seed heading into the College Football Playoff, where they will play the undefeated Cincinnati Bearcats in the Cotton Bowl Classic. The Michigan Wolverines will face the Georgia Bulldogs in the Orange Bowl.

At the awards ceremony, Young said, “It’s an individual award, but it’s a team award. I couldn’t do it without those guys.”

Tuesday, Young was asked about the potential of being the first Alabama QB to win the award: “To follow the great quarterbacks that we’ve had and to have this opportunity, it’s a huge blessing and something I don’t take for granted.”

Alabama Crimson Tide wide receiver DeVonta Smith accepted the award for the 2020 college football season in a virtual ceremony in January 2021 due to the Covid-19 pandemic, following a delayed season that didn’t begin until late September. Before Smith, two other players from Alabama had also received the honor: running back Mark Ingram in 2009 and running back Derrick Henry in 2015.

Young being named a Heisman finalist moves Alabama into a tie with Oklahoma for the most finalists of any school with 11, according to the Heisman Trust, and is Alabama’s ninth since 2009.

Young, a sophomore, finished this season with 4,322 yards passing, 43 touchdowns, and only four interceptions.

Ballots were sent to 870 media members from across the country to vote on the four finalists. Every living, former Heisman winner also gets a ballot and an overall fan vote is also counted in the final tally. 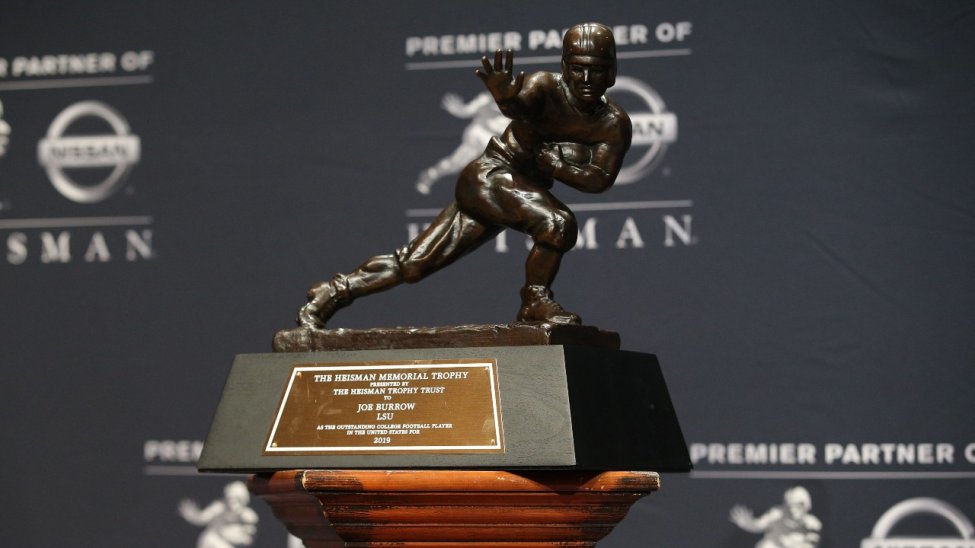 The trophy has been awarded annually since 1935, to the “most outstanding football player in the United States.” It is named in honor of longtime college football coach John W. Heisman, who was also the athletic director of the New York Downtown Athletic Club.

CNN’s Christina Maxouris and Jacob Lev contributed to this report.

You May Also Like: Simple 3 step system with DFY Marketing creates 100% passive income with a 365-day money-back guarantee.

Uncategorized
← Worth The Read
→ Tubematic Review